skip to main | skip to sidebar

Following the U.S. Civil War, a number of city areas were developed with street names that commemorated famous battles or generals. Such an area is Bernal Heights, developed in the late 1860’s. Originally the site of Jose Bernal’s adobe, this gently-sloping area is now one of the most desirable residential areas of the city. On this California Historical Society walk we’ll see an infinite variety of architectural styles on the homes and visit the area’s commercial center along Cortland Street. The town highlight will be walking along Bernal Heights Blvd. to find incredible views of the Mission District and downtown San Francisco. A bonus will be to slide down the longest pair of outdoor slides in the city.

This walk was held in conjunction with the Bernal Historic Project. 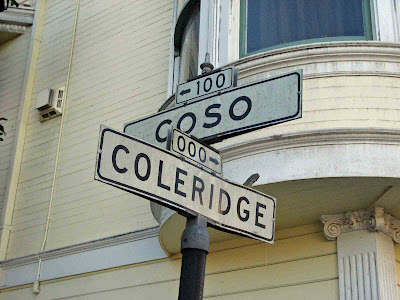 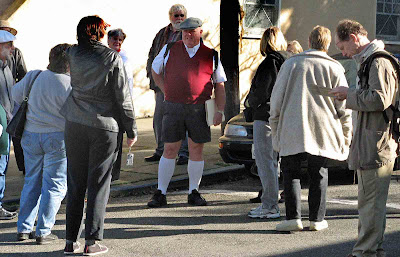 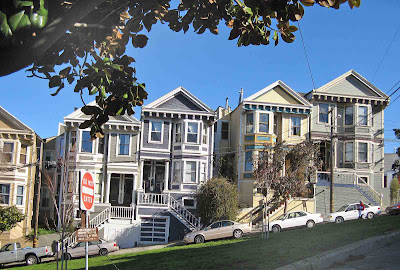 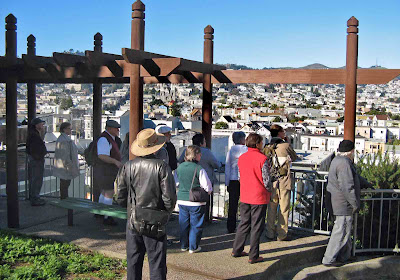 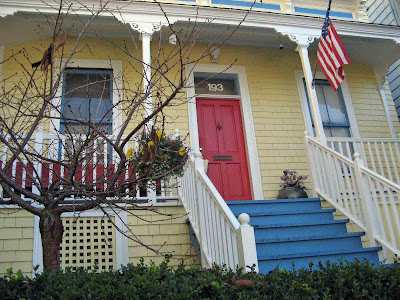 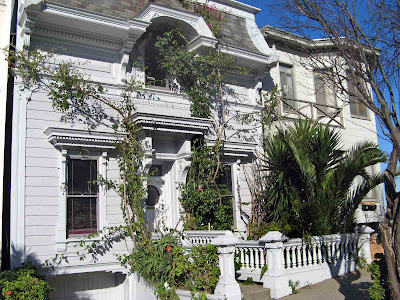 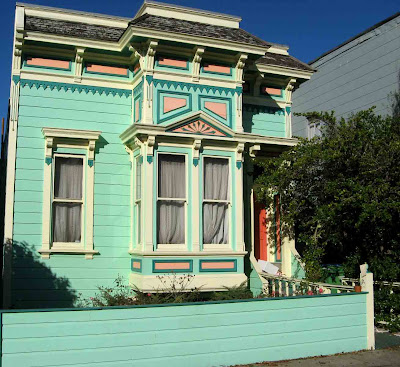 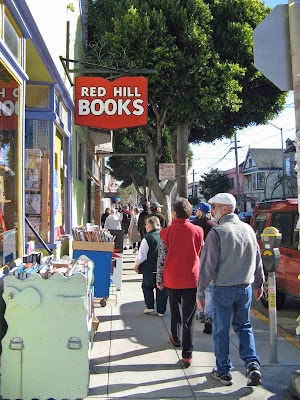 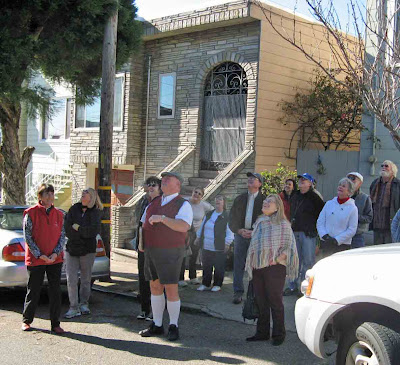 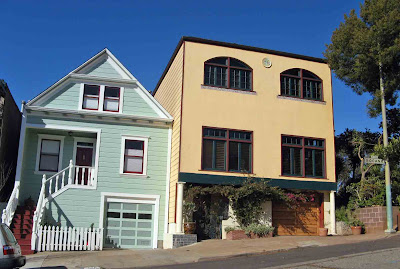 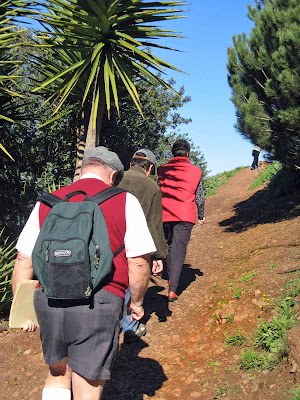 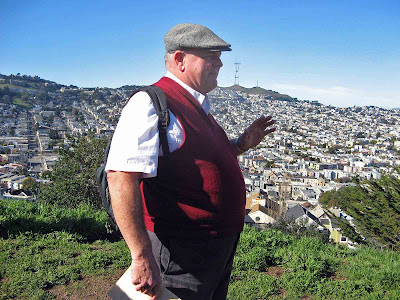 Two decades ago, activists in Bernal Heights decided to turn a steep, empty lot at Winfield and Esmeralda streets into a minipark. With the help of then-Mayor George Moscone, the city donated time and money to the neighborhood effort, which involved turning the space into a garden spot with spectacular views of the western slopes of the city. 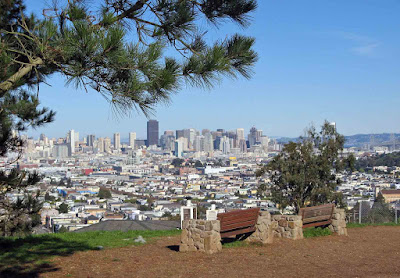 The slide was the cornerstone of the project, a twin, 42-foot sloping, steel structure that could get a kid with a cardboard sheet temporarily airborne. When the park was dedicated in 1979, photographers were on hand to capture the ever-cool Mayor Dianne Feinstein shrieking as she went flying down the chute. 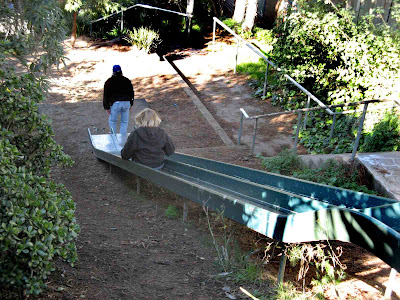 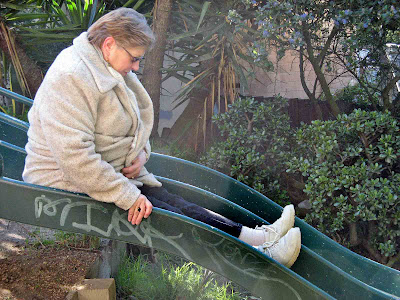 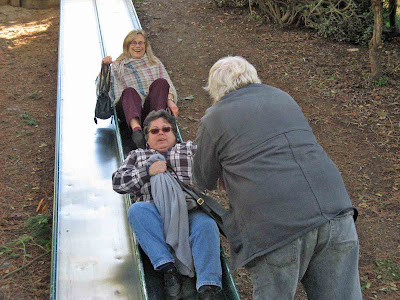 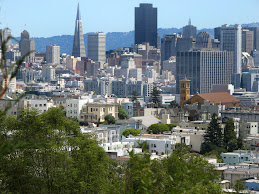 The primary purpose of this blog is to post photos and videos taken in and around San Francisco. This photographic activity began in November 2005 as part of a blogging class offered at The Osher Lifelong Learning Institute (OLLI-SFSU) at San Francisco State University.